The recent Tour de France cycle race through Yorkshire was a huge success. Millions of people turned out to watch the race along its route, and millions more watched the race on television. 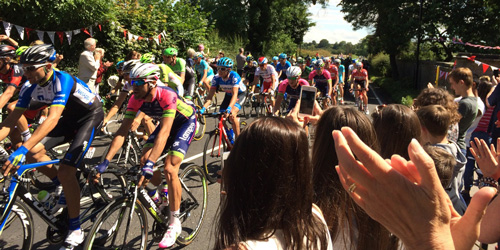 Supporting that success behind the scenes was Primetech (UK) Ltd, a leading UK developer and provider of mobile satellite broadband and other high tech communications solutions. Primetech has been supplying fire and rescue services, police forces, government departments and businesses with mobile satellite broadband and other communications solutions for many years,

Given the remoteness of many of the roads along which the Tour de France was due to travel, and the lack of comprehensive 3G and 4G mobile phone coverage in these areas, it was decided that only mobile satellite broadband systems could provide the kind of comprehensive communications coverage required.

To support local authority event management and public safety for the Tour de France, Primetech, with its long established expertise in this field, was chosen to install a temporary network along the race route, utilising the high bandwidth capabilities of the new Ka satellite system.  Using a chain of Ka satellite receivers positioned at key points along the route, some mounted on mobile cranes, Primetech was able to deliver integrated high bandwidth mobile broadband and voice over internet (VoIP) communications for personnel managing the public safety aspects of the race. 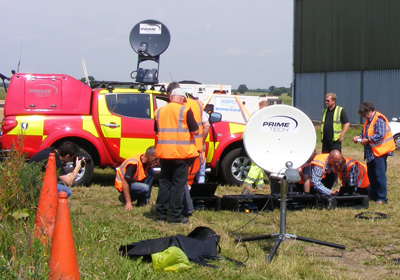 Primetech’s technical team, under the supervision of senior design engineer Simon Land and technical director Henry Walker, set up, on very short notice, a comprehensive mobile satellite broadband and wireless communications network along the entire race route, comprising up to 15 individual base stations.

On both days the race route was divided into sectors. Each sector was covered by one or more VHF and UHF repeaters providing 4 channels for management of the 2500 event support staff with radios, medical staff, and traffic management staff and marshals, ensuring that the race and spectators were safe.

The satellite broadband facilities provided by Primetech were used for the 15 sectors where no other means of getting broadband communications was available. Communications needed to be relayed back to the multi-agency command centre so that the inter-agency response and sector handover could be coordinated. This entire support network was put in place in only 5 days including planning, training of unskilled staff and network management.

Primetech’s Trojan-based Collaborative Response Vehicle, with its high speed access to the satellite network, was used as an incident command and network management platform, so that the sector equipment could be monitored and changes in the bandwidth usage indicating faults proactively reported to the radio network managers. 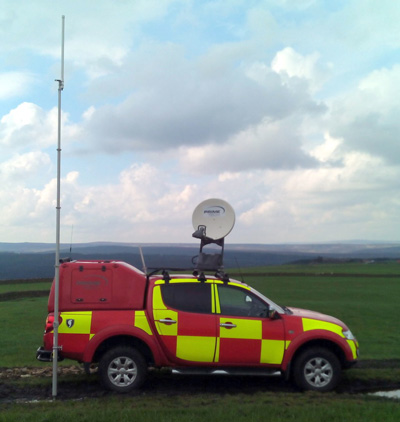 Simon Land, the Primetech senior design engineer responsible for the project said:  ‘The challenge was to provide systems and training at very short notice. The Primetech team’s background in rapidly deployable communications systems for military, police and other emergency services, together with an excellent set of newly developed equipment and management tools, enabled Primetech to set and deliver the service in a very short period of time. Using industry-standard interfaces enabled equipment interoperability and allowed us to provide sector links back to the main command hub. Near-instant bandwidth management and monitoring allowed us to manage the links so that the customer was regularly updated.

‘This temporary network guaranteed that local authority and emergency services had reliable, interoperable, high bandwidth communications to support multi-agency public safety operations.  Given the large numbers of people, cars and high speed cyclists that were going to be in the area, it was essential that the local authority control centre could communicate with its personnel at command centres along every section of the route, and that meant rock solid communications were required.’

The network set up by Primetech worked smoothly throughout the duration of the Tour, and no major incidents were reported. 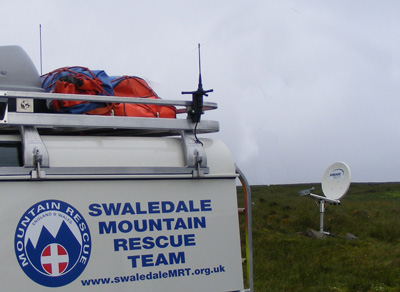