70 FireCam OnCall helmet cameras supplied by Primetech were worn by West Midland Fire Service firefighters to capture dramatic live footage of the wide range of day-to-day operations undertaken by the service. The imagery has been used by IMG Productions in the groundbreaking (and award winning) new reality TV series Into The Fire, broadcasting on the Really channel from January 8

The series, made by IMG Productions and which recently won the Project of the Year award in the Excellence in Fire and Emergency awards run by Fire magazine, used FireCam OnCall High Definition helmet-worn cameras to record unique fire incident and other footage as part of a documentary showing the work of West Mids FS firefighters.

Primetech has launched the range of FireCam OnCall heat resistant 4K hi-resolution cameras in the UK. The cameras were chosen because they have been specifically designed by firefighters for use within fire and rescue services.  The cameras can withstand very high temperatures and provide high resolution 4K, live-streamed secure video imagery and high quality audio.  This can be viewed through Primetech’s MultiNet Comms system as well as on a unique smartphone app with secure access.

FireCam OnCall HD cameras were specifically selected by IMG Productions to capture broadcast-quality action footage of firefighters operating in the often hazardous circumstances encountered during the day-to-day work of West Mids FS. The cameras were considered to be the best available for this kind of highly demanding work.

Primetech is the sole UK distributor for the FireCam OnCall range of body and helmet-worn 4K video cameras. The cameras have the capability to help Firefighters, Incident and Sector commanders improve the safety of fire personnel as well as contributing to the more effective management of fires and other incidents, delivering live updates of incident conditions throughout all relevant command structures, as well as recording footage for post-incident analysis.

The cameras are so high spec that HD versions were chosen by an award-winning production company which had a requirement to record broadcast quality footage (onto SD cards) for a live action documentary series that will be shown in the New Year on UKTV’s Really Channel. The documentary follows firefighters undertaking their various professional roles in West Midlands Fire Service.  More information can be found on https://www.wmfs.net/really-lands-first-ever-uk-fire-documentary-series/

Through Primetech’s MultiNet Comms, Wi-Fi start-up is instantaneous, which enables the live stream to integrate into the MultiNet Comms network with ease. The quality of the video stream is outstanding, with the body-worn version offering infrared recording as standard.

The FireCam OnCall helmet and body-worn video camera system has a number of stand-out features: 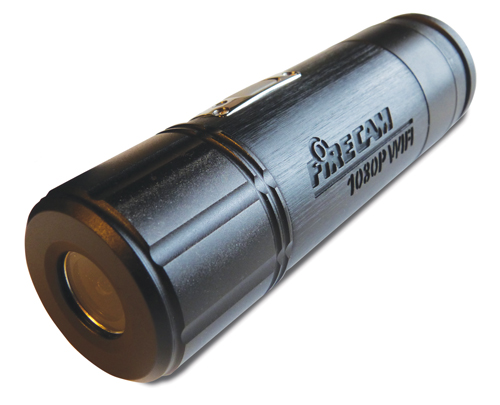 The cameras are so high spec that HD versions have been used recently to film action footage for a new reality TV series featuring West Midlands Fire Service.

In Primetech’s view, FireCam OnCall body and helmet-worn cameras give Fire and Rescue Services and other Emergency Services a clear operational advantage, and we are delighted to be able to offer them to services across the UK.   We firmly believe that these cameras can make a significant contribution to firefighter, emergency service personnel and public safety.