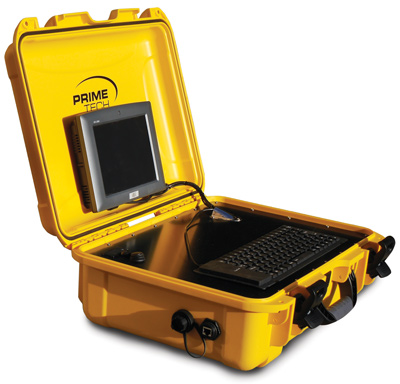 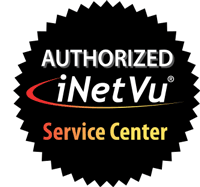 Primetech has been selected by C-COM of Canada as its first European Authorised Service Centre. Authorised Service Centres must meet a number of very strict requirements. They must have at least 12 months minimum proven experience supporting and installing iNetVu satellite systems. They are also required to maintain a comprehensive local inventory of spare parts, and staff must have completed iNetVu training courses. With over 10 years of support for C-COM satellite systems in the UK and throughout Europe, Primetech has fulfilled these criteria many times over.

Global satellite systems developer and Primetech supplier C-COM Satellite Systems Inc of Canada has been given a major profile by the Canadian Government's international trade organisation in its Canada Export magazine. 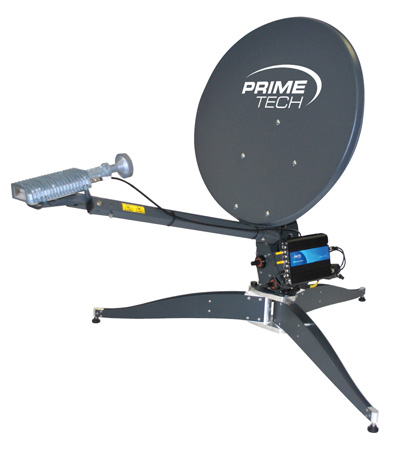 The University of the West of Scotland has installed a Ka-band satellite from Primetech on its new Learning Bus to support online access while the bus is in remote locations across its extremely wide catchment area.  The bus has been purchased to promote adult and further learning in UWS Campus communities and further afield.

The unit is an Optare Tempo bus fitted with 14 computers linked to the satellite system for high bandwidth wireless Internet access. The bus will travel within the UWS footprint and target areas where there are likely to be people who can step on board with a view to finding out about studying at UWS. The bus will visit schools, colleges, community centres, NHS trusts, company HQ’s and sports centres, showcasing UWS courses and facilities.

The University of the West of Scotland’s new Learning Bus with Ka-band satellite receiver supplied and supported by Primetech.

Primetech has supplied and is supporting a Ka-band satellite system for Blackthorn Production in Northern Ireland. This new installation, which has been used very successfully to support outside broadcasting (OB) in the province, builds on Primetech’s existing work for Sky News, where it is supplying a number of satellite systems for use by UK newsgathering teams based in Land Rover vehicles.

According to Henry Walker of Primetech, ‘This new and rapidly evolving and expanding form of low-cost outside broadcasting, using the vast new capacity and ease of use of Ka-band systems supplied by C-Com, combined with the power of internet television, is helping to drive completely new types of outside broadcasting.  This is allowing organisations to broadcast which would have previously been prevented from doing so by high barriers to entry, especially equipment cost.'